NICKI MINAJ AS AN AGRY BIRD?

Nicki is hitting the silver screen once again. This time as a bird, an Angry Bird! She due to star in the sequel the of one of the most popular downloaded games. Angry birds have been downloaded over four billion times! The first movie grossed over $400 million dollars! “Angry Birds 2” is set to be released Aug 2019, marking the ten year anniversary of the game!

The Queen has spoken! 🖤🖤🖤#inthistogether

Hello colorful many Mes behind me #tiktok #hi

Congratulations to GUAM's Graduating Class of 2020

Is Rice supposed to taste sour? How many of us sur

Here's some good news for ya. Our friends at @igni

Yoooo!! New face who dis? Khloe has revealed her n

After Hours Confession Box: Is rice supposed to be sour? Volume II

SHIMMY’S PICK OF THE WEEK: RIHANNA 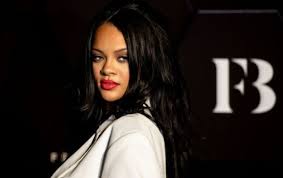 Playing the best in TOP40 as well as Guam-exclusive hits, Power 98 is bringing the party to you, no matter where you are or what you're doing! Rocking Guam on 97.5 FM, Power 98 is taking requests and jamming your dedications 24/7! With headlines from the Pacific News Center, and the latest jams from all your favorites, this is the station PLAYING GUAM'S BEST MUSIC - POWER 98!
Discover more